You are now on the Bretaye pass. To the southwest, you see the Mont-Blanc. In a straight line behind it, there is Grenoble. A town dear to our great champion, who grew up here in Villars.

Who is he? To find out, listen to Paul and his story.

Paul: When I turn the pages, I get to the end of the sixties. And here I come across some pages that have suffered from humidity, it seems. But, by the way, I’m not sure if water was the only cause! Look at the date here: February 1968. And those rings there? These are the Olympic rings. And the inscription: “bravo champion!”

Do you understand? We were celebrating the return of our Olympic medallist! And there was plenty to celebrate! Bronze medal in downhill at the Grenoble Games, behind Jean-Claude Killy and Guy Périllat. At 23 years, can you imagine? I am telling you, champagne was flowing freely!

Anne: You’re telling me! I think I know whom you’re talking about… But tell me, was this medal a surprise or not?

Paul: No, it wasn’t! Between us, we knew he could do it, that he was a great champion. Our man was born with skis on his feet, or almost!

As a child, with his brother Michel, he lived in Bretaye. And they went to school in Villars. In winter, they skied down in the morning, and… they walked back up by ski in the evening. They skied days and nights, in any kind of weather! And they were already competing with each other!

One morning, the train driver going up to Bretaye spotted some strange ski marks: there were two of them, but one on each side of the track… He thought he was hallucinating! The two brothers had struck again: they had only found one pair of skis to share to make it to the school on time that morning! More than 6 kilometres on one single ski, can you imagine?

Anne: What strength they had in their legs! What about going back up again? Can you imagine the climb? One ski each, maybe, but then with the ski on their shoulder!

These two brothers are great champions. I also know them. They have done a lot for skiing in Villars, Michel through the ski school that he ran, and Jean-Daniel through his famous sports shop. I also know Céline well, Jean-Daniel’s daughter, who was twice junior world champion in downhill, wasn’t she?

The passion for racing runs in this family, as it does in others in Villars, right, Grandpa? 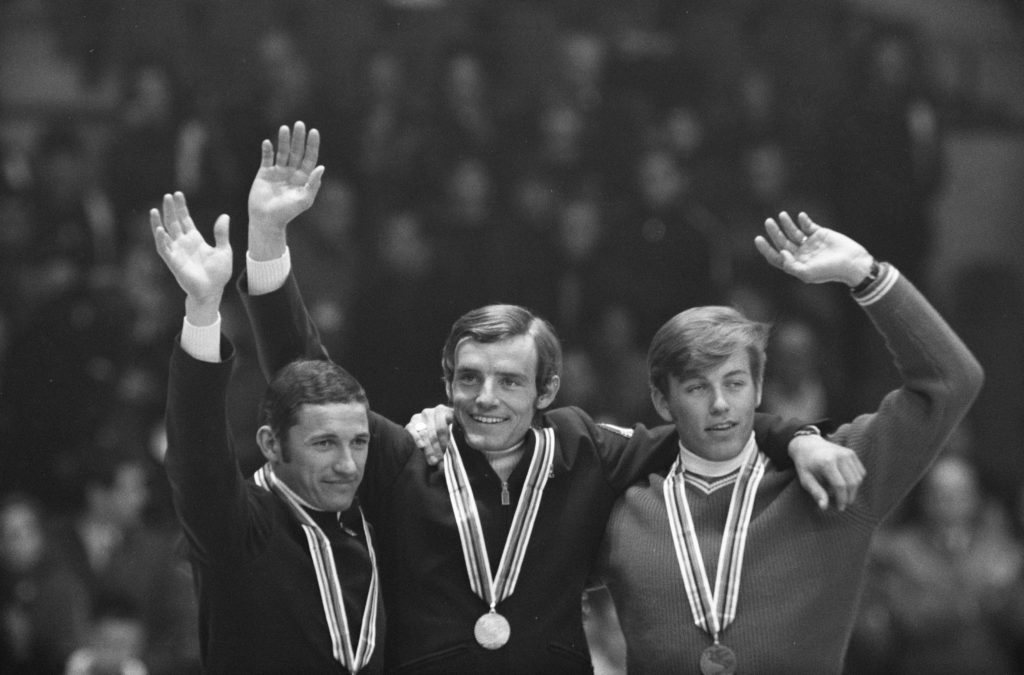 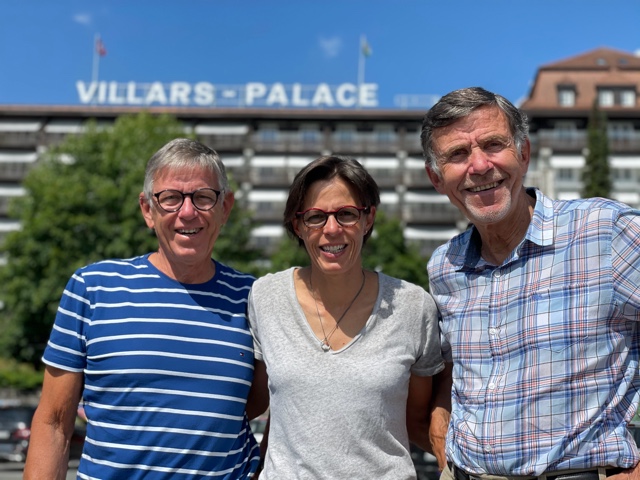 With the help of the audio recordings, guess to whom POST 7 is dedicated.

Listen to the story of The Quest of the Guestbook:

Continue the quest to POST 1. Take the Grand Chamossaire chairlift at the zip line. Once at the top, go to the top of Chamossaire.