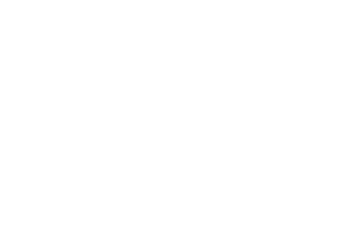 The “Quest of the Guestbook” of the Villars Palace Hotel is an audio search game over “hill and dale” on an easy hiking trail between the summit of Chamossaire and the train station of Bretaye in Villars. Use the help of the audio hints and find the names of 7 personalities who lived in Villars.

At the end of the game, each player has found the names of these 7 personalities allowing to compose the secret password and to participate in the big raffle to win one of the many prizes.

An entertaining mix of audio play and a light hike, delighting families, couples and friends:

Listen to the story of the Quest of  the Guestbook:

The Villars Palace is a great mythical hotel in the Alps. Built in 1913, it has seen many of the celebrities who have stayed at the resort during the past 100 years.

Besides, almost all of them left their signature and a comment in the hotel’s Guestbook. This unique collection of celebrity autographs makes the Guestbook a very valuable document.

Unfortunately, the Guestbook was damaged by a water leak during construction work, and some of the names got washed away. It is being carefully preserved by the new owners of the Palace, awaiting its restoration and to be prominently displayed in the lobby of the renovated hotel.

But for the Guestbook to be exhibited and regain its full value, it is essential to find again the missing names of the personalities who once signed it.

To do this, the new owners have called on Paul, the hotel’s last concierge. Paul is now 82 years old, but he still has a very vivid memory of all events. He may sometimes forget some names, but he remembers the facts of the hotel and all the anecdotes he experienced there.

Fortunately, Paul is helped by Anne, his granddaughter. Anne is 28 years old and she is curious about everything. She loves the resort and comes back often for the holidays, in winter as well as in summer.

With the Guestbook in their bag, and to refresh their memories, Anne and Paul are taking today the walk that most celebrities once took. They are walking from the top of Le Chamossaire to the Col de Bretaye.

With Anne and Paul, let’s help the new owners to track down the washed away names of the celebrities and win an unforgettable night at one of Villars’s hotel. Your quest begins at the top of Le Chamossaire. From there, and along the way up to Bretaye, you will come across seven gorgeous viewpoints. Each one is dedicated to a mystery personality, whose name you will have to guess. To do this, listen to the clues hidden in Anne’s and her grandfather’s story.

The seven names of the seven mystery personalities in the Guestbook form a hidden word, which you will have to find to complete your quest. Find the hidden word and win one of the many prizes!

Are you ready? Then let’s go for the Quest of the Villars’s Palace Guestbook!

Rules of the game