You are on the slopes of Bretaye. To the south, you see the Dents du Midi. And behind it, there is the Mediterranean Sea, Morocco and Casablanca. A city with a special atmosphere and after which, one of the greatest movies in the history of cinema was named. The star actress shall become later on an enthusiastic fan of Villars.

Who is she? To find out, listen to Paul’s tales.

Now, you see Anne, it’s more like the early fifties when I look at the dates of the autographs. There are lots of it… Here, it looks like a sports team. Yes, that’s it, here it says Hockey Club Villars. We had a great hockey team here; did you know that?

And here, this energetic signature and this little word in English: you can read “Congratulations”, can’t you? Ah, and this time, me, the movie fan, I guessed right… and I love it!

These are extraordinary memories. It’s about Ingrid. I dare to call her like that, because I used to see her very often, when they lived in the Palace, with her husband, the famous film director Lars Schmidt. This was just before they had their chalet built on the route des Ecovets, here in Villars.

Anne: Unbelievable! Back then, were there already famous actresses coming to the resort? But how did this happen?

Paul: It was Jean Anouilh, the French writer… he was in love with Villars; and brought them here. And then, funny enough, it was Lars Schmidt who showed Michel Leeb the resort. Michel Leeb, the French comedian I told you about. That’s how it happened, you see?

Ingrid discovered her passion for hockey here. She even became the patron of the HC Villars. In the early fifties, you could see her on the ice-skating rink handing out the cup to the winners of the games. A cup that was named after her and, by the way, was offered by the RKO studios…

Anne: She was so beautiful! She loved gala outfits, but then also the mountains? I’m beginning to understand why all these celebrities loved Villars: They were in the mountains, yes, but to enjoy nature and the landscape and not to be seen, right? 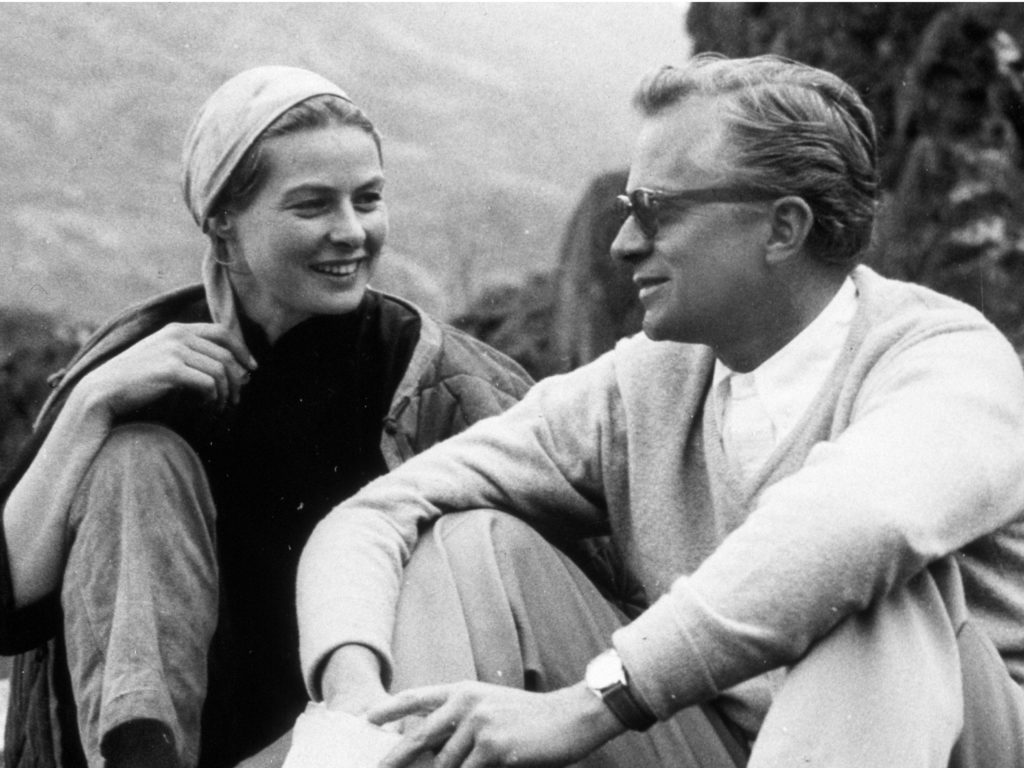 With the help of the audio recordings, guess to whom POST 6 is dedicated.


Listen to the story of The Quest of the Guestbook:

Continue the quest to the 7th and last post. Take the path down to Bretaye and go under the railroad tracks, up to the station. The 7th post, in the shape of an eye, is located on the platform “Dolce Vista”.